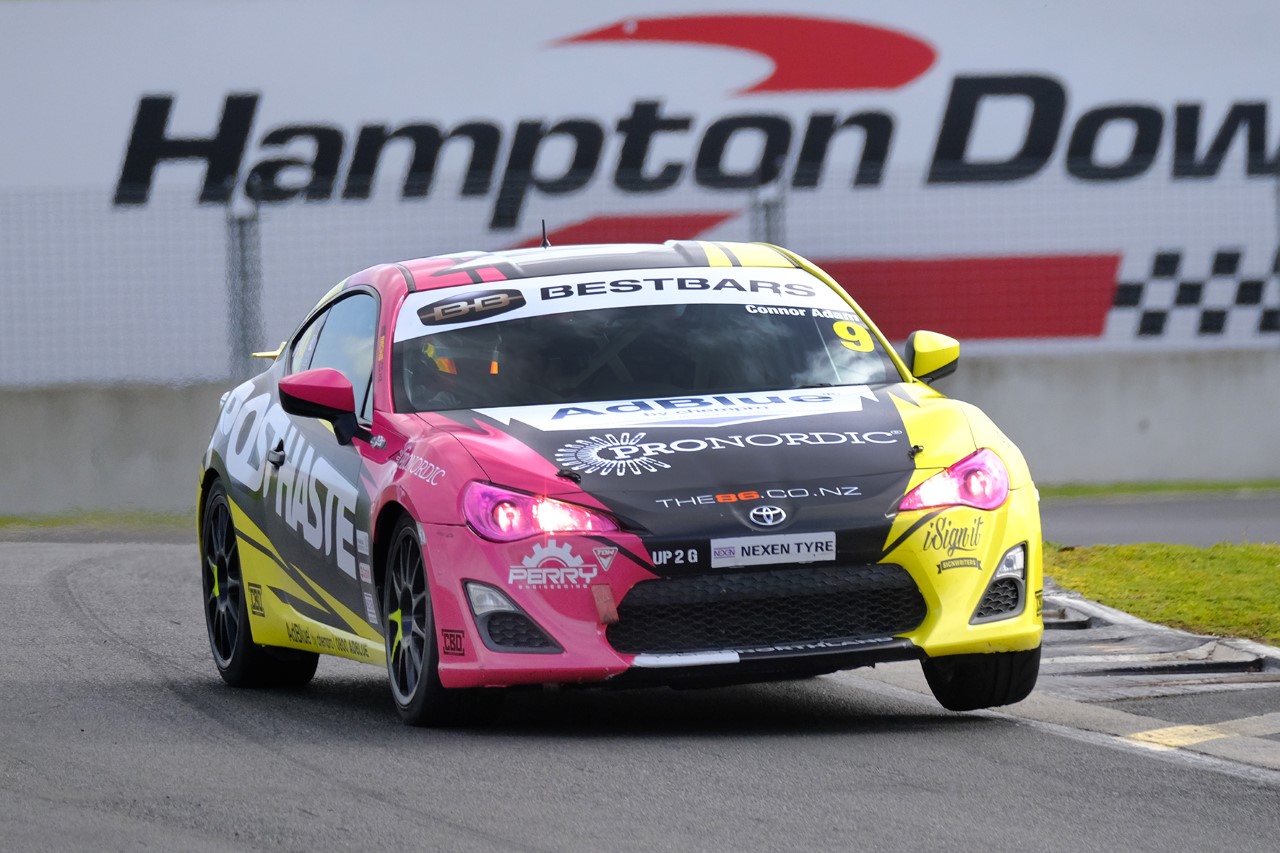 The longly awaited official finish to the 2019/20 Best Bars Toyota 86 Championship finally concluded at Hampton Downs Motorsport Park on Saturday 19th September. Three races in total in a non-championship event marking the official bookend to the season. A season that began back in December of 2019 at Pukekohe Park Raceway and then became a victim of this new world we are all facing when racing was halted in March after the Circuit Chris Amon, Manfeild meeting due to the arrival of COVID 19 in New Zealand.

Extreme heavy rain showers and strong wind gusts and a massive temperature drop hampered the circuit on Friday for official practice and qualifying even bringing a halt to on-track activities for a period of time due to flooding around various sections of the track. However, the outcome was to be a positive forecast for Connor and his IMS run team netting a double pole position for races 1 and 2. This came from a fastest lap and then a second fastest lap in the mid-afternoon session with the grid for the third race of the weekend based upon results of the first two races. It made for a fitting return to the brightly coloured 86 that stood out around race tracks this past season and Connor outpacing the newly crowned series champion Peter Vodanovich with a 1:16.608 v a 1:17.034 in the qualifying season which became the times used for the grid for race 1.

Saturday dawned a lot clearer but the ever going threat of rain or at the very least showers lingered around the Waikato for the bulk of the day and just an average temperature of 13c. Connor faced double duty not only did he have the three Best Bars Toyota 86 races to contend with in the driver’s seat but he swapped the steering wheel for a rattle gun as he assisted the IMS team in the pitlane with their line up of entries in the opening round of the Golden Homes 3 Hour North Island Entrance event. Never a dull moment or lapse in concentration across the day for the young Aucklander who enjoyed every moment and challenge the day brought.

As expected all three races became a battle between Connor Adam and Peter Vodanovich they raced hard off the start line in every race and pulled away from the rest of the field to duke it out with each other, nose to tail for every lap of every race in tight, clean but riveting races proving how good these two are.

Connor claiming three very fine podiums with a trio of second places to walk away with a bag of hardware for the weekend and complete a goal set at the start of the season. A 100% finish record for all races in the 2019 /20 Best Bars Toyota 86 season. In what is a highly contested series where driver talent and skills are tested along with car handling or set up in equally matched equipment the racing is always extremely close and tight and has become a benchmark for young drivers as a development curve and progression in their respective career paths.

“To walk away with the 100% finish record was always a goal” commented Connor on Saturday evening. “yes we wanted to finish higher for sure and maybe lacked a little car pace at times but we are pleased with the effort we had this season and working with Arron Harris as a race engineer at several events was awesome and aided us in a lot of development of our approach and set up and finished every race of the season.”

The other encouraging factor for Connor was that in his last 15 outings (combined qualifying and races) he has had 15 straight appearances at podium level showing again the improvements made in the past season.

The management team for Connor are now debriefing after a strong season in the Toyota 86 ranks and the first post lockdown event several months back in a Porsche Cup Car at Bruce McLaren Motorsport Park where Connor clean swept the weekend with pole and three race wins under the watchful eyes of Will Bamber. The team are now looking to the next future step in the progress of Connors driving career and where that may be and also the impacts of what the current COVID 19 conditions will mean to racing and where one can race as well so there are many layers to the next step.

“I really want to thank the great sponsors and partners I have had again this season, the car really stood out and showed all our partners brands off well. They are all so great to represent and can’t thank them enough,” said Connor.

Catch Connor in action from Hampton Downs when a non-championship highlights show screens Free to Air on TV 3 in New Zealand on CRC Motorsport Sunday 11th October from 1pm NZDT and on 3 Now On Demand. 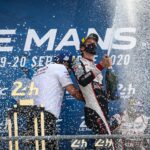 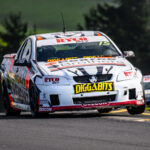