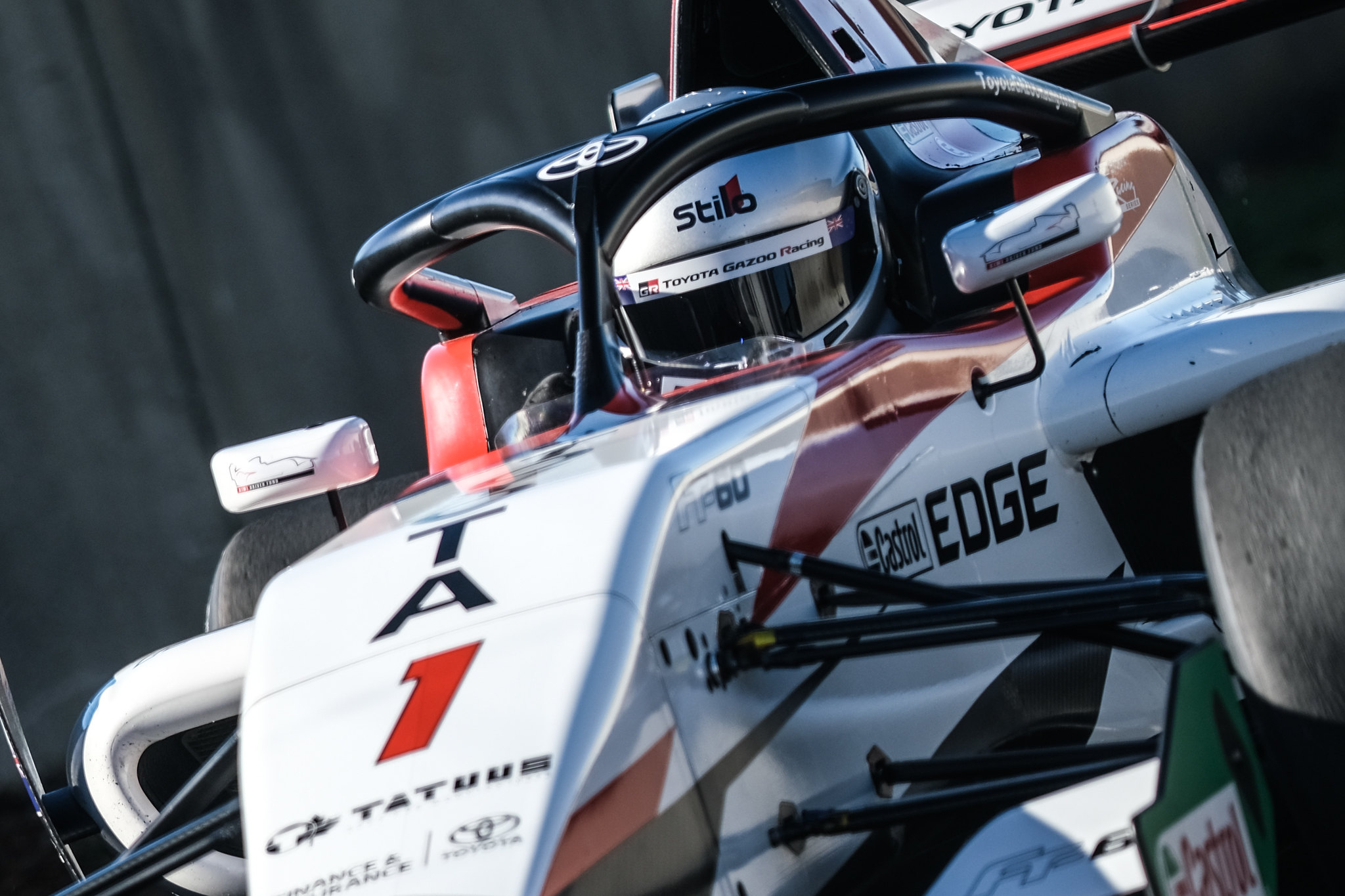 The Castrol Toyota Racing Series made a giant step back to normality this week when it welcomed its first international driver since the pandemic for an official test of its FT60 car – and a successful day left all eager for more track time.

For Taylor – who has been driving older style F3 technology than the TRS car, the FT60 was a major step up and the trip to New Zealand a memorable one.

“It was straightforward to get here and the whole experience has been a good one without worrying too much about any disruption from the pandemic,” said the seventeen year old. “That has allowed me to focus on driving the car today and I’ve really enjoyed it. It was an experience I won’t forget and I loved every second I spent in the car.

“It’s very different to my F3 back in Australia but that will help with my experience of driving different race cars. TGRNZ were so supportive and professional. The overall quality is a credit to them and I thank them for this amazing opportunity. I would really like to be able to do this series one day. I enjoyed New Zealand too. It’s a great country and the NZ people were so welcoming and nice.”

Penrose, who had an ultra-successful weekend at Ruapuna winning the national Formula Ford title and the Formula Ford Festival, was another to relish the opportunity to test a contemporary junior formulae car around a track he knows like the back of his hand.

“I’ve obviously done plenty of laps around here and the lines in the TRS car were very similar, but the high speed corner stability, braking and confidence the car gave me were fantastic. I’m used to analysing data in Formula Ford, but again the data available to me today was next level and it has given me plenty to think about as to how I can improve as a driver. A fantastic day.”

North Island Formula Ford champion Matthew McCutcheon got his run in the car in the afternoon session and was also buzzing afterwards.

“Being given the opportunity to test a FT60 with TOYOTA GAZOO Racing NZ after an amazing weekend with the Formula Ford was an awesome opportunity to finish off our successful season,” he said.

“I can’t thank Nico Caillol, driver coach Chris van der Drift and the whole team at TGRNZ enough for this opportunity. What an awesome car. Running the FT60 was very different to what I’m used to. It has a lot of downforce and it was amazing to see how much more speed you could carry into the corners and how fast the car was down the straight. I’m learning so much more about downforce cars and can’t wait for the next opportunity with the team.”

Karter Jacob Douglas did a full day test and impressed all with his mature approach to the test and like the two Formula Ford champs, enjoyed the experience. “I was really happy with the car in the first session,” he said.

“The main difference is downforce and braking of course. Everything is happening much faster than in a Formula Ford. You sit quite low and have to get used to a different vision. You hear these junior formulae cars are super hard to drive but I honestly found it OK. Formula Ford is on the edge without downforce but in this car I felt like I could go faster and faster each lap and you surprise yourself. It’s a cool feeling.”

No official times were released but the up and coming Kiwi drivers all turned impressive fastest laps on their new tyre runs and were within a couple of tenths of each other.

Ruapuna and TR86 a winning formula for test day drivers 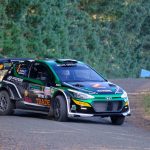 Paddon looks to hold off chasing bunch at Whangarei