Having made his Asian Le Mans Series debut last season, Nobu Yamanaka is returning to the series with Eurasia Motorsport for the 2019-20 campaign. Now with considerably more experience, Nobu will race a new look car to be entered into the LMP2 Pro category.

Nobu is keen to demonstrate through his race programme the strong bond between the Japanese’s long-standing business relationships with the country of New Zealand – where he still continues to trade – the many friends he has made along the way, and the crossover through his business interests to support New Zealand racing drivers both at home, in Japan, and globally over the last two decades.

This led to the choice to recreate ‘Black Beauty’ the New Zealand entry into the A1GP Championship which Nobu’s company was proud to support in 2005/6. Now Nobu’s own international motorsport adventure sees his Ligier JSP 217 Asian Le Mans challenger recreate the look of the ‘Black Beauty’.

Subsequently, each round of the championship will feature drivers from Japan and New Zealand with Nobu joined by Masataka Yanagida, Nick Cassidy and Dan Gaunt.

Cassidy is unable to compete in the opening round due to his commitments in Super GT Japan – where he is aiming for the championship – and his seat will be taken by Yanagida, who will also sub for Nobu Yamanaka at Sepang.

“The recent test was great, and it was nice to have two solid days alongside Nobu, Nick, Masa and the rest of the Eurasia Team.  I feel prepared and ready for the first round in Shanghai and extremely privileged to have the opportunity to race with such a great package.” said Gaunt.

“It’s always nice to drive new cars and test in a low-pressure atmosphere when getting know a new team and drivers. For me it’s my first time in LMP2 but looking forward to driving with Nobu, Masa and Daniel this season. It should be a lot of fun and I hope to be able to help them out wherever I can with my experience.” said Cassidy. 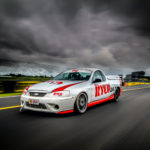 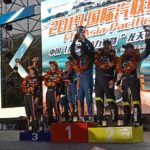