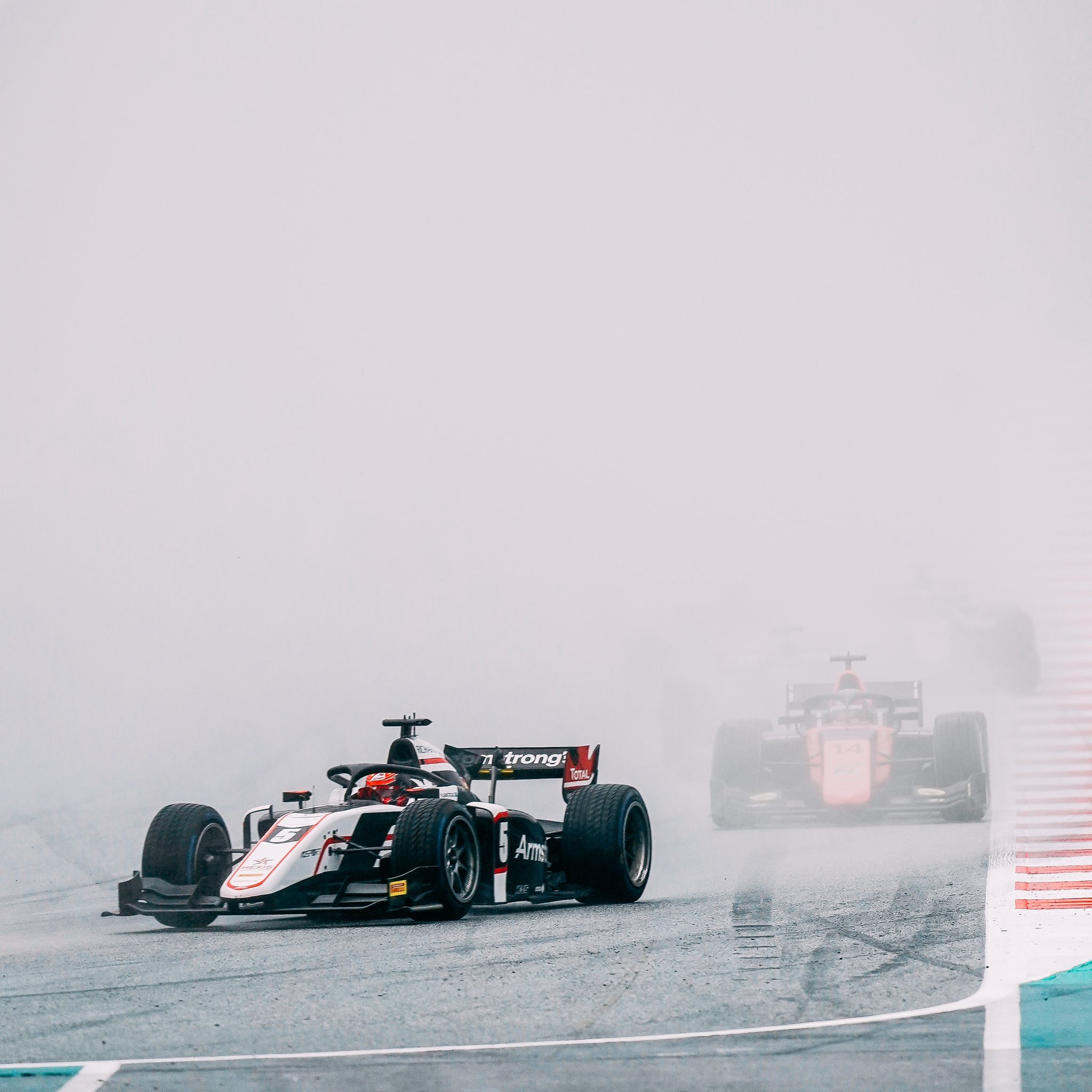 New Zealander Marcus Armstrong is celebrating two strong finishes in changing conditions at the second round of the 2020 FIA Formula 2 Championship.

In the 150 km feature race on the Red Bull Ring on Saturday, Armstrong put in a classic charge in wet conditions that forced a delayed start to the event.

He pushed his way through the pack to rise from 12th at the start to 7th at the end of the race in conditions that saw some of his key rivals fighting for grip and at risk of sliding off the track.

The finish kept him earning points, the Kiwi leaping from sixth to a share of fourth overall on 24 points, two behind his team-mate, Christian Lundgaard.

More importantly, he was also perfectly placed for the sprint race, which features a partial reverse grid – the top eight finishers start in reverse order.

In the 120 km sprint race on Sunday British driver Dan Ticktum took the early lead. Behind him the ART Grand Prix drivers Armstrong and Lundgaard were side by side fighting for second and Mick Schumacher was carving through toi be fourth. Armstrong was held wide and hanging onto third as Lundgaard slipped past Ticktum on lap four. The Danish driver then surged into a commanding lead, Ticktum unable to answer the challenge. Feature race winner Shwartzman had spun on the first lap and was out of the race and Armstrong was a comfortable third.

A challenge came over several laps from Mick Schumacher, who briefly got ahead of Armstrong using the DRS overtaking system but fell back under an intense push from the Kiwi and then withdrew on lap 13 when his onboard fire extinguisher went off.

Though Guanyu Zhou then fought to close the gap to Armstrong, the Kiwi made sure of third and took his second podium of the championship.

“It was a bit of a strange one to be honest. We definitely had the pace at the beginning, but there was one point where I just completely lost the rear axle. I was more or less surviving for the last 15 laps. I certainly wasn’t able to drive the way that I wanted to, so I was massively limited by that. Positively, we do have more points on the board, and that’s the priority at the moment,” he said.

Lundgaard won the race. The ART Grand Prix dual podium finish elevated ART to lead the team’s championship standings with 77 points going into next weekend’s third round at Hungary.

Armstrong is determined to gather pace as the championship goes on.

“The Championship is long, and I think that we’re in a good position because I feel that we’re only going to improve. We need to do some work.” 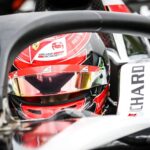 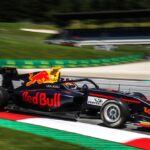