This weekend Kiwi drivers Flynn Mullany and Faine Kahia will represent New Zealand on the world stage at the inaugural FIA Motorsport Games. Hosted in Rome, the on-track action will take place at the nearby Vallelunga Circuit.

The multi-disciplinary event has attracted entries from over 50 countries, with entrants vying for a gold medal on the top step of the podium. At the conclusion of events, a medal table will determine the most successful National Sporting Authority who will be awarded the FIA Motorsport Games trophy.

New Zealand will be represented in two of the six disciplines at the event. Auckland’s Flynn Mullany, 17, joins the Formula 4 Cup field while Taupō’s Faine Kahia, 23, will race in the Touring Car Cup. Both grids will feature 20 cars.

Mullany will make his ‘wings and slicks’ racing debut at the Games, having only competed in one season of the NZ Formula First Championship prior to being selected. Aside from Formula First, Mullany has experience in the 2K Cup and has undertaken a test in a Toyota Racing FT-50 at Pukekohe Park earlier this month.

“I am feeling very positive about this event and am very excited to be able to compete at such a level of racing that’s recognised worldwide.” said Mullany.

“The chance to compete and get a good result at the FIA MotorSport Games gives me the chance to hopefully be recognised by teams higher up in the motorsports ladder.”

Kahia has a range of racing experience to call on. Also a former Formula First racer, Kahia has competed in the Ssangyong Utes series, Asian Formula BMW and the South-East Asia Formula 4 Championship. Kahia will be driving an Audi RS3 LMS run by experienced Belgium team, Cometoyou Racing.

“I’m very much looking forward to driving the TCR car and to compete at Vallelunga in Rome.” said Kahia

“The track looks awesome, with some fast, flowing sections so it will be a real challenge but something that I am looking forward to. The whole event is going to be fantastic and great to be part of and it will let us showcase our skills on a world stage on level footing.”

Proceedings get underway on Thursday evening local time (6:00AM Friday NZT) with the opening ceremony before track action starts on Friday local time. Both Mullany and Kahia will have two practice sessions to acquaint themselves with the new car and track combination.

Kahia’s Touring Car Cup starts with two 30-minute qualifying sessions at 8:30PM and 10:45PM on Saturday NZT. The first race gets underway at 1:15AM on Sunday NZT with the medal race at 1:20AM on Monday NZT.

Fans will be able to watch the full event via live stream on a variety of free-to-access digital platforms and on the FIA Motorsport Games website. The website will also feature comprehensive news coverage, which will be supplemented by regular social media updates on the event’s Facebook, Twitter and Instagram pages. 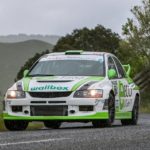 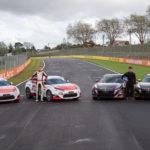