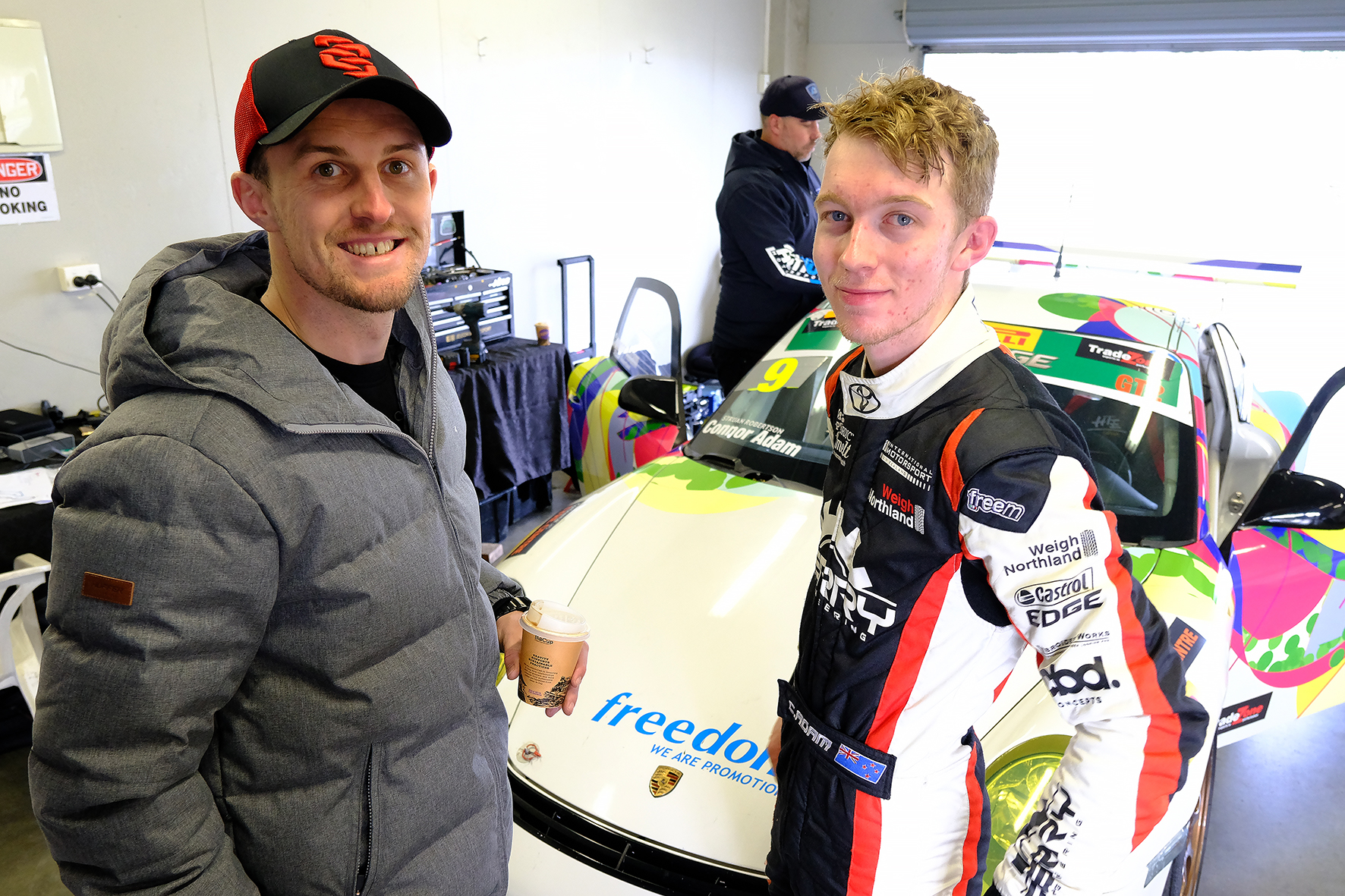 National Championship, News
February 16th Manfeild Circuit Chris Amon was the last time that Connor Adam was in a race car for ‘real’ before the arrival of the COVID-19 Virus in New Zealand and the halt to the planned final event for the Toyota 86 Season.
Nearly four months to that day and Connor stepped back into a race car once again. Not his normal car this time, it was all about taking it up a notch to a leased Porsche 997 Cup Car as a featured appearance at the final round of the Pirelli Porsche Championship Series.
After months of sim racing, including four appearances on the well supported Racing Local events its seemed like years had passed since fans got to witness real racing, let alone for Connor to drive in it. During the lockdown period, he also featured in a massive real-time international 12 hour FIA spec sim GT event teamed up with kiwis Reid Harker and Will Bamber, where the team featured highly in both the outright and class placings, all that really meant was it really was time to be back in a car.
The Porsche 997 Cup Car was the chosen entry for the weekend after its regular driver was unable to attend. The event and the chance to look at the next step in Connor’s racing career development after several years of top placings within the 86 class. Midweek saw a seat and pedal fit and look over the car, but the real test was to be the driving in earnest.
“I’m really looking forward to this, I’ve always wanted to drive a Cup car so I can’t wait” commented Connor on Monday evening at the team base.
Friday June 12th saw the team travel to Taupo. Connor in great shape and adjusting to the car as if he had been driving it as long as he had the 86 during a practice run. The end of day debriefs were all positive and the prospect of a fine but cool race day loomed along with a lot of excitement amongst the team. Many of the regular runners taking note of the new boy amongst them for the weekend and raising quite a few eyebrows as well.
Saturday morning dawned overcast with cool winter temperatures in the central North Island region but importantly it was dry. Straight into qualifying and Connor was right on the pace and while keeping clear of the regular Porsche series drivers who were rounding out their championship season the aim of the weekend was to gain all-important knowledge of this type of race car.
Under the watchful eye of a keen observer who had made the trip to check things out was Will Bamber from Bamber Motorsport well known in Porsche circles around the globe along with his brother Earl. Connor responded fully for the team and took on all the advice and detail that was on offer to take a great pole position by .847 for the first race of the day.
Race 1. Held at noon it was the shortest race of the weekend over just six laps on the international length track at Taupo, as were all races. From pole, it was all Adams as he was able to pull away and by lap 2 distance the field getting into his own rhythm and by race end he took the chequered flag by some 11.4 seconds clear of second-placed and regular series driver Sean Kirkpatrick.
Race 2. Took the green at 1:45pm in ever clearing conditions and this time run over 30 minutes in length with a compulsory stop built in as well. Again Connor Adam made it to the top step of the podium from the hard-charging Porsche veteran Brian McGovern and Sean Kirkpatrick. The learning curve certainly working for Connor and the team supporting him trackside in a well-prepared car and guidance. His attention to his personal fitness coming into play as well as 30 minutes around Taupo at any time is a good workout and that lockdown training was paying off.
Race 3. The green dropped at 3:30pm for the final race of the weekend and another 30-minute adventure around Taupo and once again it was all Connor Adam with a hard-charging Brian McGovern just 5.5 seconds behind at the flag from Cam McCormack in third. For Connor however it became three from three for the day “I’m rapt with the entire event, it was great to finally drive a car like this and the great crew lead by Shaun and of course the coaching from Will it was great, bit tired right now but certainly very enjoyable and a great bunch of people to race against as well” said Connor at the end of the days event.
The management team for Connor will now review the weekend event and equally, prepare for the long-awaited Toyota 86 Grand Final but the targets were meet in a great way with a total clean sweep for the day.
Catch Connor back in action in the Toyota 86 Season final at Hampton Downs in the coming months as part of the SpeedWorks Championship Series. You can also hear Connor on the Racing World podcast show in the coming weeks via https://radiopublic.com/racing-world-presented-by-race-c-G7J5kE for free.
Share 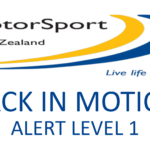 Back in Motion Alert Level 1 Update 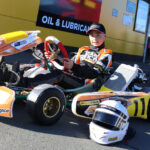