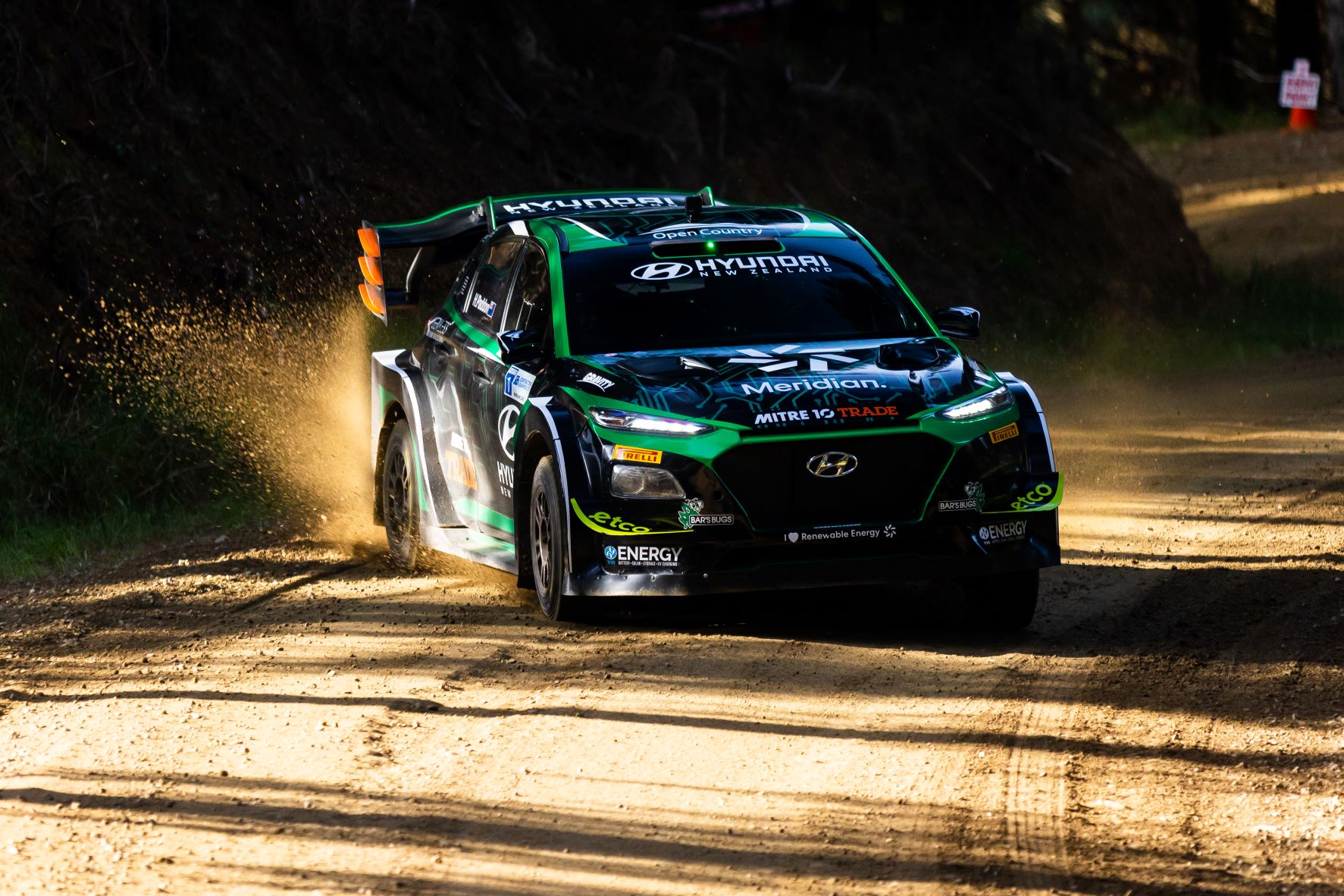 At just its second event, the all-electric Hyundai Kona developed and run by Paddon Rallysport, showed it’s a force to be reckoned with as Paddon battled with another former Ashley Forest winner Rotorua’s Sloan Cox.

While road conditions weren’t conductive to the Cromwell-based Paddon being able to better his record time of 52.77 seconds that he set in his Hyundai i20 AP4 rally car in 2019, he was very happy to come away with the win in the Kona EV.

Running in the unlimited 4WD category, Paddon’s winning time of 55.64 seconds was enough to beat Cox’s time of 55.92 seconds in the final run.

Paddon says: “The win is awesome for the whole team and our supporters. We had some challenges and it’s not as straightforward as you’d normally expect on an event like this in terms of managing the car, the battery, and the software. That makes the win even more rewarding for the team when we’ve been up against some of the fastest hillclimb cars in New Zealand like Sloan’s. He delivered a great performance so for an electric car to win is something to be proud of.

“It’s been a really good battle with Sloan all weekend. He had a few problems but once he got them sorted, it was super close between us. To be honest, it’s always more enjoyable to battle like this with close times each run, and he certainly pushed us. I think we both have more in the tank for the future, but we put it all on the line for the last run and did the best we could.

“Part of our learning curve with the electric technology is about how to extract the best performance in an efficient way. We were trying to draw quite a bit of power out of the car which is designed as a rally car, so we’re trying to draw more power out of it than in rally mode. That increased running temperatures somewhat so it’s about trying to manage those temperatures, particularly with quick turnaround between runs so that adds in a few challenges. We expected and prepared for this, but on the day at an event you can only do so much. The team did everything we could and luckily it was just enough.

“Considering the time that we’ve had the Kona, we still haven’t done too much with it really, given we’ve been waiting on parts and so on, so every time we’re out testing or competing, we learn something new.

“The vibe on event from the public was really promising. It’s something different, especially at an event like Ashley where you see a mix of all kinds of cars. We believe in what we’re doing and trying to improve the future of the sport by thinking outside the box, so it’s nice to have support. People asked lots of questions about how the car works; they’re interested in the ingenuity of this project and the technology which gives us the opportunity to educate people. As they see it out in action, they might have a different appreciation for electric cars and what they’re capable of.”

Next up for the Hyundai Kona EV is a series of demonstration runs at Repco Rally New Zealand at the end of September, then Paddon will endeavour to win the Waimate 50 hillclimb running 21 to 23 October.