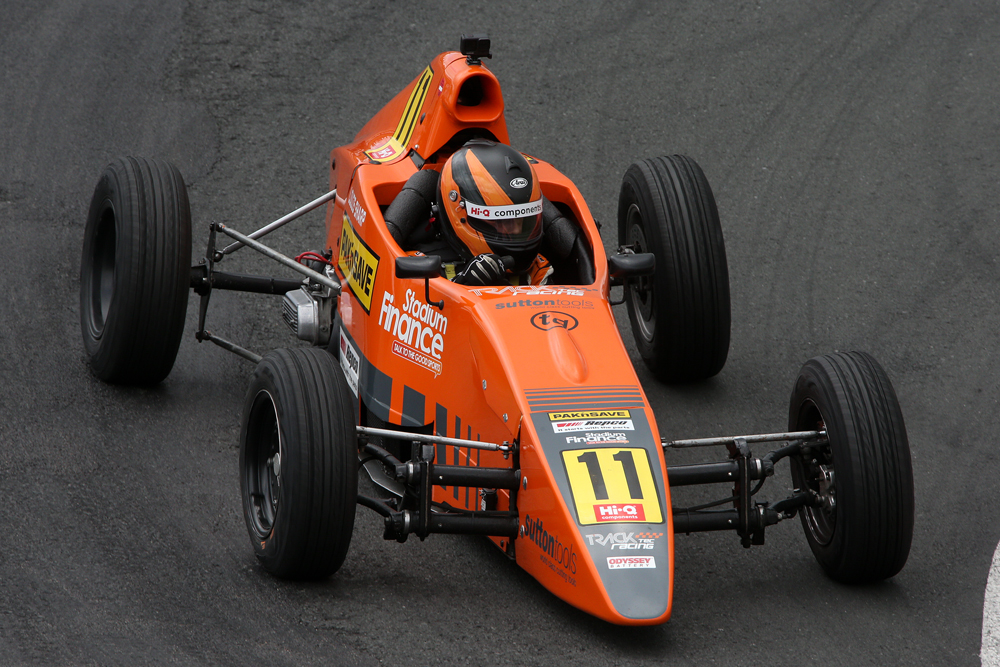 Gains were made both on and off the track at the recent New Zealand Grand Prix meeting for Christchurch driver Louis Sharp. Competing in the fifth round of the Hi-Q Components 2020/21 NZ Formula First Championship, Sharp continued to finish in the top ten while also taking opportunities of meeting drivers and teams competing in the 2021 Castrol Toyota Racing Series.

“I really enjoyed being at the Grand Prix and meeting all the drivers,” commented Sharp. “It was really cool to spend some time with Shane Van Gisbergen (2021 NZ Grand Prix winner) and Ken Smith (competing in his 50th NZ Grand Prix).

“The racing was really fun, and I had lots of good battles.”

After a torrid time at the previous round in the North Island, Sharp and the Track Tec Racing Team were looking to first make sure the car was quick in Friday practice. The last round at Taupo exposed some cracks in the chassis asa a consequence of being hit by a fellow competitor during the third round at Pukekohe Park.

“The chassis was all fixed and ready to go the for first practice at Hampton Downs. I was really happy with the car and the handling and the only adjustment we had to make was adjusting the gear shift as it was really difficult to find third gear.

“The engine heads had been done which I was excited about as you need good engine power, especially at Hampton Downs. Unfortunately, we don’t know whether it has made a difference as we were still experiencing a little miss with the engine which just got worse over the weekend. It seems we have a wee gremlin that we’re trying find.”

“I had to work really hard at getting a good tow in qualifying which I managed to do and qualified seventh.”

Sharp and the rest of the Formula First field faced three races over the weekend as part of the support classes for the Castrol Toyota Racing Series.

“In the first race I got a really good start but learnt that I should be more defensive in the opening lap as I got passed into the first two corners but did manage to eventually come home in seventh. So in the next race I learned to defend my position in the opening corners.

“It was hard to hold my position later in the race and I came home in eighth. For the last race again, I was happy with my start and holding my position in the opening lap but struggled on pace to come in tenth place.

Sharp continues to sit sixth in the championship, with his Track Tec Racing team happy with the progress over the season.

“Our aim is still working towards a podium,” commented Matt Waters from Track Tec. “Louis has progressed tenfold over the last few races but our results have not shown that. In saying that, we are still super happy the job he is doing and we have to remember he is still only 13!

“If we put all the elements together, from a good start, staying in contact with the front pack and getting the car performance bang on, then for sure we will better our best finish of fourth”

Drivers and teams will head to Manfeild Circuit Chis Amon, 12-14 February 2021, for the sixth of eight rounds. This weekend will be in support of the final Castrol Toyota Racing Series round. 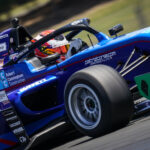 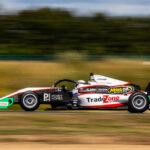