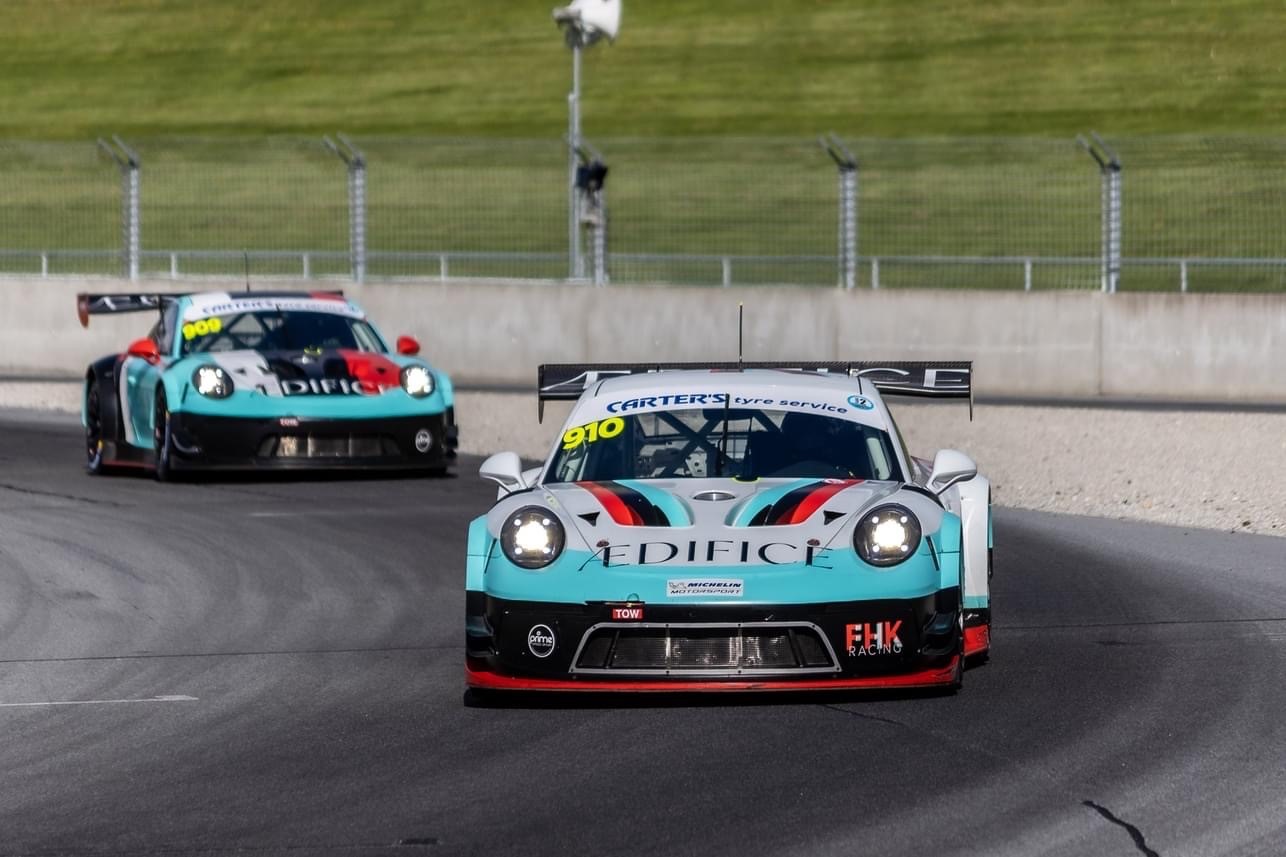 Francois Beziac, Heremana Malmezac and Kieran Doe will step up from GT4 and campaign two Porsche 991 Manthey Racing Cup cars in the upcoming season of the GT New Zealand Championship.

Racing with the trackside support of Prime Speed Sport, the trio will also be joined by Jono Lester who will act as the team’s fourth driver and driving coach to help accelerate the team’s development.

Making the transition from the GT4 spec cars to the more power Porsche Cup cars has been a big learning curve, but with more miles in the car, the team and drivers are getting up to speed.

“The shift from the Cayman to the Cup cars has been big – the Cayman is a really nicely balanced car that taught us about smooth inputs, maintaining momentum & is a really forgiving car to drive. It has great brakes and works really well in the slower, technical sections of a track, but is very underpowered against the other GT4 class cars though,” says Beziac.

“As we continue our motorsport journey, we needed to step into the next class and as Porsche enthusiasts, the 991 Cup cars were an obvious progression. The Cup cars, have more of everything, more grip, more power, more speed, and while they are definitely more challenging to drive, they still feel like a Porsche, which is great!”

Getting up to speed during the winter in the new machinery, the team campaigned the cars in the recent endurance series collecting some podiums and class wins along the way.

“The Endurance series was a great learning experience for us. We have been working really hard and had some highs & some lows, but if we look back at our progress, we have come a long way very quickly which was the main goal – to keep learning & improving. Along the way, we managed to get some podiums & class wins so that was a nice achievement.”

The Open Class of the GT NZ Championship will feature a wide variety of machinery alongside the Aedifice Porsche’s, including Ferrari’s and Lamborghini’s and when the season gets underway in January, the team are optimistic of being able to achieve some good results.

“The goal as always is to enjoy the racing, keep learning & getting better – this is the main focus, but of course it is always great to get strong results to validate that we are doing the right things, so hopefully we can do this. We are sure the class will be competitive and the Porsches will again have less power than the Ferrari’s, Lamborghini’s etc so we will have to drive well.” 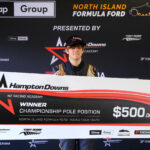