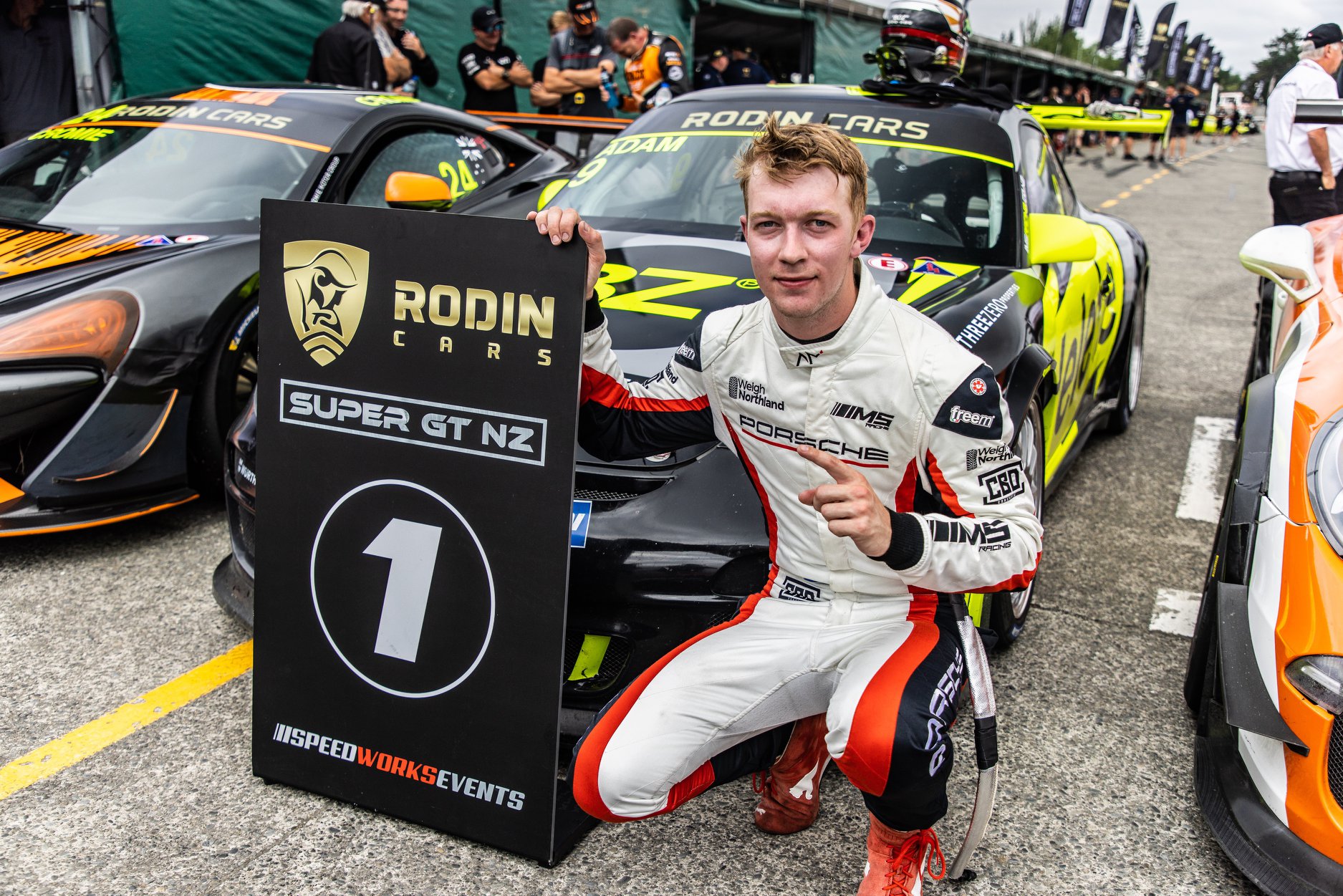 Accredited Series, News, Race
Connor Adam has won the 30-minute Saturday race at Mike Pero Motorsport Park Ruapuna today in the Rodin Cars Super GT Series.
He was chased to the line by fellow Porsche driver Martin Dippie who finished in second, with Nigel Cromie, the first of the GT4 class runners, third aboard his McLaren 570.
The race started with pole-sitter Paul Kelly leading the field away in his Porsche, chased by another Porsche driver, Ben Byers, who started from P2 with Martin Dippie slotting into third spot.
Behind, in the GT4 field, a fierce battle started to eventuate between the McLarens of Todd Bawden and Nigel Cromie. Cromie managed to slip by, and then set out to chase the leading pack of five Porsche cars ahead.
The pit window for the timed compulsory pit stop opened after the five-minute mark, and with that, the majority of front runners dove into the pits to carry out their stops.
This essentially handed the race lead to Nigel Cromie, who started to lay down some good lap times while in clear air and no traffic.
After the first of the pitstops were completed it was disaster for original leader Paul Kelly, who suffered a puncture. Having to limp back to the pits for a second stop to change his left rear tyre and essentially taking him out of contention for the victory.
With Cromie pitting for his pit stop and surrendering the lead, Connor Adam took over the top spot, and then began the sprint to the finish line.
With five minutes to go of the 30-minute race, Adam lead with Nigel Cromie slotting into second place, with Martin Dippie in third.
Cromie relinquished second spot, and Dippie went through to claim another spot through turn one.
However, the action of the race still wasn’t over at that point, with the last lap board out, a red flag was brought out – a big incident for Lochlainn Fitzgerald-Symes who had a scary crash on the final corner.
A full brake failure aboard his Porsche saw his car fire down the escape road, making contact with the Armco and tyre barrier. Thankfully, Fitzgerald-Symes appeared to escape any injuries.
The race was declared, with victory given to Adam, Dippie second, and Cromie third. Clinching third overall in the race, also saw Nigel Cromie grab first place in the GT4 class.
“When I heard that we were third, I couldn’t believe it. There was only one lap to go, was pretty confident I could hold on. I couldn’t ask for much more. I’m stoked,” said Cromie post-race.
The GT4 podium saw Allan Sargeant in his Ginetta G55 GT4 finish second (fifth overall) and Shane Helms in his Aston Martin GT4 finish third in class and sixth overall.
For overall race winner, Connor Adam it was pleasing to get his first win in the series, having not been able to get a win at round one last week.
“We knew what our lap time needed to be and run the race. We just needed to stay out of trouble and I think we did that to bring it home,” said Adam.
“I can’t thank the guys in the team enough, to give me a car I can race, drive with and do whatever I want really.
“We probably should have won a race at the last round, and we finally go one.”
“I hope Lochy is ok after that big shunt, it looked like quite a big one.”
Share 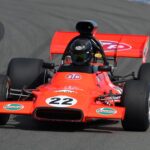