Circuit Chris Amon played host for the latest round of the Best Bars Toyota 86 Championship Series and the classic mighty Manfeild provided it all, it’s the true spectators track and drivers track that was fitting for the occasion.

Friday saw Connor Adam top the timesheets across free practice in what could only be described as the hottest session of the season both in terms of the actual temperature and the action on track. Highlighting how tight a one-make series like the 86 can be.

Saturday morning dawned more of the same, hot. Connor made it known he was here to prove he is still a man to watch in this series taking a great pole position for race 1 in a sensational qualifying session and a superb lap with a comfortable performance in the Post Haste machine.

Race 1 (12 laps) was topping the 30+c mark with track temps over 50c making tyre set up majorly important. Connor was sightly off the mark at the start and then run to the all-important crowded turn one but what a drive he produced in the battle for third with Jayden Ransley running side by side for the entire 12 lap race a little bit of rubbing’s racing but clean hard-fought racing battles that had the good Saturday crowd on their feet watching. The final lap it was the game on fight it out battle for the line with the run to the flag out of the important final turn and Connor placed himself on the outside of the track getting early drive out of the corner and nailing Ransley right on the line for third in an almost photo finish performance.

Race 2 (12 laps) Sunday morning dawned to a 24c morning with the mercury rising all the time hitting a massive 29c just before race start mid morning. Connor lining up third on the grid on the inside of the circuit for that all run to the first corner, the tight entry in and technical exit out pushing him back to fourth as the outside line often favours that side of the grid. It was to become another Ransley v Adam battle and by mid-race after several attempts, Connor passed and took third easily holding this position until the conclusion of the race. The big three as they have become of Vodanovich, Robotham and Ransley all showing after a season racing in Australia and the joys of a year long relationship with the car and engineer they are the form drivers to beat. Connor proving however he is one of the leading stars of the homegrown drivers that have limited seat time by comparison and making a solid claim to that title.

Race 3 (14 laps) and a massive 30c and 45% humidity again ruled over Circuit Chris Amon as Connor Adam lined up on the grid in third position with the grid set from round points. It was to become another battle royal with the four main players of this championship at it again with the run into turn one. The start squeezing the field up tightly yet again with little room for even the tiniest of gaps. After resuming his weekend-long battle with Jayden Ransley Connor stormed past to settle into a solid 3rd and hassling the front duo on and off throughout the race but making sure of bringing the car home. In the end it was a fine third over the line making it a 3:3:3 weekend for the Auckland based driver. “I am really happy with this weekend it was a great Friday practice we did what we wanted to do and moved into fourth in the title chase so we met our goals. The car was great and the team did a super job and thank them very much for getting a good car under me for the weekend” said Connor

Catch Connor at the track this summer during the SpeedWorks Championship Series and the 2019-2020 Toyota 86 Championship or LIVE on Sky Sport 5 with highlights coverage on Prime Thursday nights from 7:30pm. 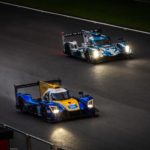 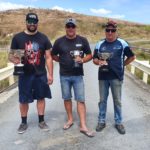