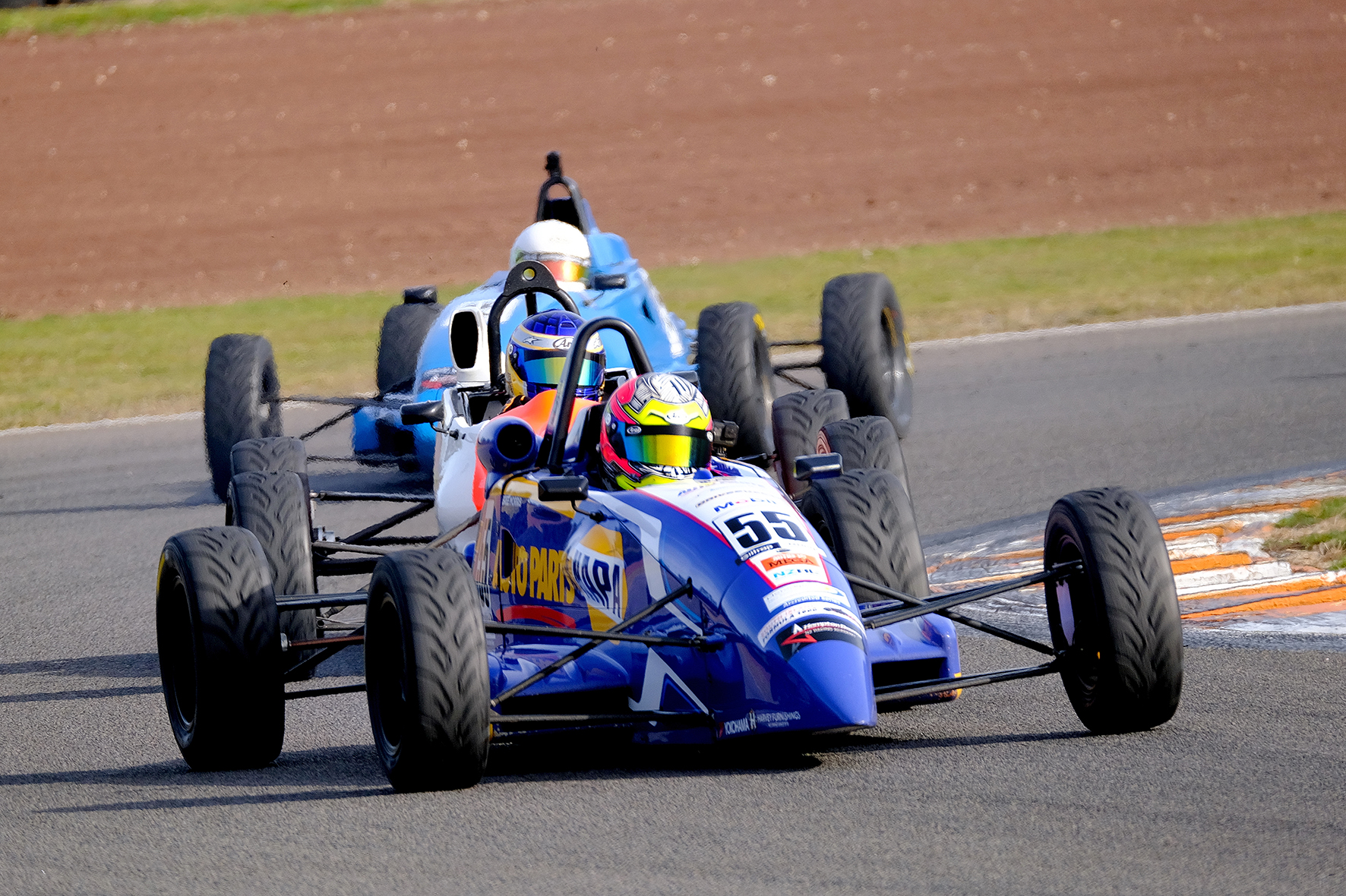 Auckland’s Bree Morris has won the 2021/22 Giltrap Group North Island Formula Ford Series title after a dramatic show-down at the Taupo International Motorsport Park, Taupo. Hayden Bakkerus went into the final round with a handy 117-point lead over nearest rival Morris, however at the end of the three-race event, both were tied with the title going Morris’ way on a count-back of race wins.

Bakkerus had done everything right over the preceding four rounds and was the only driver to have finished every race. This came undone in Race 1 when an electrical problem resulted in an engine fire and he retired with no points.

While Liam Sceats took control at the front of the race, behind him was a battle for the next five places between Morris, Leo Scott, Sebastian Manson, Shane Drake and rookie Dylan Grant. Scott tried a move on Morris with the resulting contact retiring him out of the race. Manson took advantage and grabbed second dropping Morris to third, Drake to fourth. This racing was the tone of the day with intense blocking and slipstreaming on the long Taupo back Straight.

In the second race, and now with a borrowed car from Zac Blincoe, Bakkerus then suffered another engine issue but managed to come salvage some points, finishing in tenth place.

Morris had gone into the round looking for at least more podiums and finished up third in each race. It wasn’t until after the second race that she knew that there was a chance of winning the title, particularly with double points available for the final race.

“I knew if I finished third and Hayden was sixth, then the title would be mine,” said Morris. “I was actually fighting for second and settled for third. It wasn’t until I came into the pits and saw that Hayden had finished sixth that I realised I had the title. It’s been a bit of a shock actually and still sinking in!”

Along with Kyan Davie and Sebastian Manson, Liam Sceats had a mathematical chance of winning the title and did everything right. First, he was fastest in qualifying winning the Hampton Downs NZ Racing Academy $500 cash prize and then went on to win all three races, finishing third overall and second in Class 2 (1990-1999) to Manson Potter who has been consistent all season in the ex-Liam Sceat’s RF94 Stealth. Baily Cruise won the Historic Class 3 title.

Sebastian Manson finished second in all three races ending up fourth overall and third in Class 1 (>2000) behind Morris and Bakkerus, who won the category..

Zach Blincoe, Dylan Grant and Blake Dowdall were three rookie drivers making their Formula Ford debut at the round. Dowdall had an impressive outing in the ex-Louis Sharp Spectrum finishing sixth, eighth and fifth.

As winner of the series, Morris will have the opportunity to test a Toyota Racing Series FT50 single seater.

“I’ve learnt so much this season,” commented Morris. “Dad and I have done pretty-well over the season as the NIFF has become so competitive. Winning is definitely a shock, it’s a great feeling and good for my CV and the next step I take, whatever that may be.” 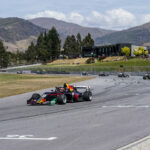 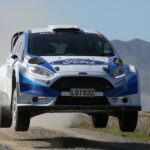