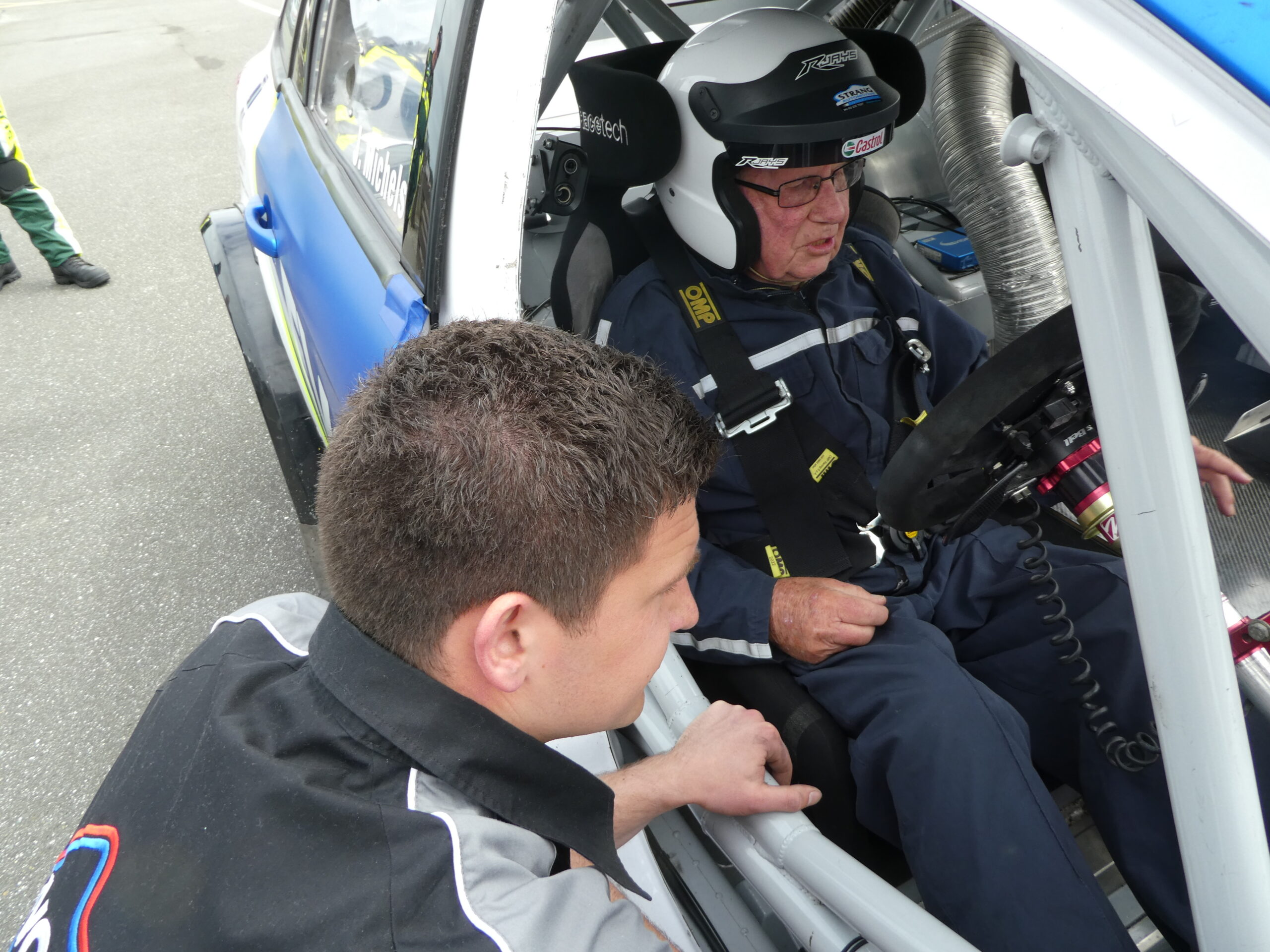 Barry Keen back at the wheel Sixty-Five years on

Southland Sports Car Club Patron and Life Member, Barry Keen, won a race at the very first race meeting at Teretonga Park in Invercargill on 30 November 1957. On Sunday he was back at the wheel of Jordan Michels Ford Focus V8 as the club celebrated 65 years of motorsport at the circuit.

Keen had an impressive motor racing career, spending a great part of it driving cars for George Begg, the legendary racing car constructor who built his cars in the Central Southland town of Drummond.

Keen had driven a Standard 8 to his win at that opening race meeting at Teretonga Park but as the club celebrated 65 years of motor racing action at the circuit on Sunday, local motor racing star Jordan Michels, offered Keen a drive of his MARC Ford Focus V8 during the lunch break.

Initially reluctant, Keen relented and Michels took him through the details of how to get the Focus off the line and the paddle shift gearbox and a myriad of other details a world away from Keen’s days in the cockpit. Keen absorbed it all and once underway gave a very good account of himself as he lapped the circuit.

Once back in the pits he said,” it was quite an experience. The cars are so different these days. There is a lot more to it than we used to have to do. We used to drive by the seat of our pants, now there is so much more technology.” “Visibility was really difficult with the seat so low and so far back.” Keen said, “the view out of the car was completely different. I’m glad there were no other cars around me.” He thanked Michels, car owner Peter Williams and the Evolution Motorsport crew who run the car for the opportunity.

Michels said Keen had come over for a chat early in the day. “I asked him if he was running anything and he said no as he was about to sell his car. Barry’s always been keen to see how the modern technology in the car works and it was the circuit’s birthday and he is the patron and a competitor at the original meeting so I made a quick call to Peter (Williams). He cleared it so it was on.”

As a nice touch the last Begg car that Barry drove, the McBegg, had been restored in the Evolution Motorsport workshop belonging to the Michels family.

Michels went on to have a successful day in the Noel McIntyre Drainage Club Saloon races winning five from five – both Group A races, his class race, the handicap event and the Flying Farewell.

Jeremy Dawson of Invercargill won both Group B contests while Arron Black of Mosgiel took the Class 3 honours in his Honda Civic. Dayne McIlwrick of Winton (Toyota Corolla) took out Class 2 and Todd Blackmun of Invercargill in his Datsun 120Y, Class 1.

The morning saw club members participate in a Standing ¼ and Flying Laps with a wide variety of cars from a Ferrari to Camaro’s, Mustang’s Jaguar’s, a Corvette, Falcon, VW Golf and a Skoda among them.

The next meeting at Teretonga Park is on the weekend of 3/4 December. 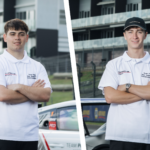 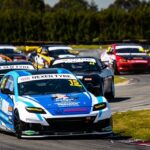