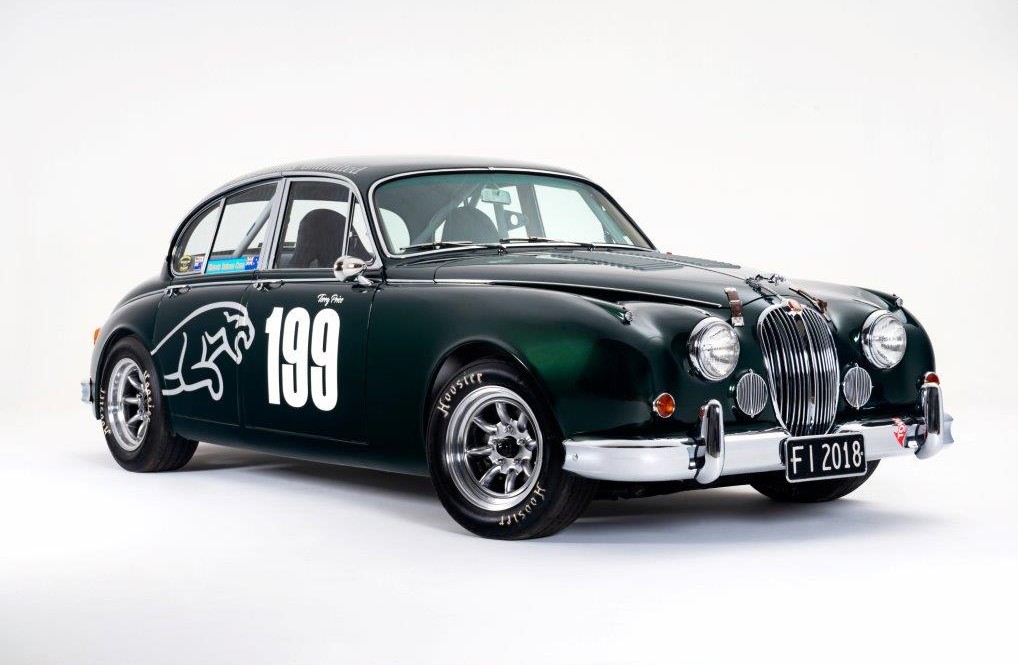 The 2022 Taupō Historic GP has already been inscribed in the motorsport calendar and it will celebrate Jaguar and Daimler, organisers have announced.

Continuing with its now-traditional date on the Wellington Province anniversary holiday weekend (in 2022, the fourth weekend in January, Saturday and Sunday 22nd and 23rd), “the celebration of a different marque of car each year has proven itself to be the right formula to increase the public interest in the Historic GP and in historic motor racing generally” says Historic Muscle & Saloon Car secretary, Bruce Dyer.

“Celebrating Alfa Romeo in 2020 was a real hit with the enthusiastic members of the Alfa Romeo Owners’ Club. Choosing Ford as the celebrated marque this year attracted the support of Ford Motor Company and their dealers, as well as delivering us a huge grid of historic Ford saloon and muscle racing cars. To cap it all off, nearly 200 Fords of numerous models and years took to the track in a memorable lunchtime on-track parade in front of many over the weekend” says Dyer.

“The 10 Jaguar drivers’ clubs around the country, some of which also cater for Daimler and Lanchester enthusiasts, are very well organised and connected. I’m confident that with 12 months to prepare, they will make sure there is a good turn-out of Jaguars and Daimlers at the sixth annual Taupō Historic GP in 2022.”

“With some of my fellow committee members, I attended this year’s event and saw how historic motor racing can truly celebrate a marque of car, especially one like Jaguar with a long history of participation in New Zealand motor racing” says Robin O’Connor. “Our members really enjoy their Jaguars and I’m sure they will look forward to the chance to display them at what is clearly the leading historics-only motor race meeting in the country.”

Jaguars sports cars started to appear in New Zealand in the late 1940s and early ‘50s in the form of the iconic XK120. They quickly found their way into hill-climbs and the first road race meetings on closed public roads and aerodromes. Legendary Jaguar mechanic-turned-racing driver Sybil Lupp, who cemented her reputation in the New Zealand Road Racing Championships (later the Lady Wigram Trophy race), the country’s first national circuit car race in 1949, raced her own XK120, the first of some 12 Jaguars she eventually owned.

The evolution for the sporting saloon segment, Jaguar’s Mk II, dominated saloon car racing around the world in the late 1950s and early ‘60s and New Zealand was no exception.

Inspired by the sporting success of the D-Type sports car, one of the most beautiful competition cars ever made, the Mk II totally dominated the British Saloon Car Championship from which New Zealand racers at the time took the cue on the must-have car for any serious saloon car racer. Jaguars won every one of the 39 BSCC races that spanned 1958 to 1962, an astounding record. Mk IIs took three consecutive New Zealand Saloon Car Championships in the hands of Ross Jensen (1961) and Ray Archibald (1962 and 1963).

Jaguars have competed in some of New Zealand’s most prestigious motor race meetings including the Wellington waterfront street races where New Zealand’s only Formula One World Champion, Denny Hulme, drove an XJS in the 1987 edition of the event.

The 2022 Taupō Historic GP Celebrating Jaguar and Daimler is scheduled to run over two-days, 22 and 23 January 2022 with displays and demonstrations of historic Jaguars and Daimlers, and races for –

For more information about the 2022 Taupō Historic GP Celebrating Jaguar and Daimler, contact: 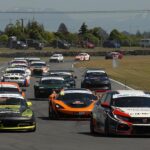