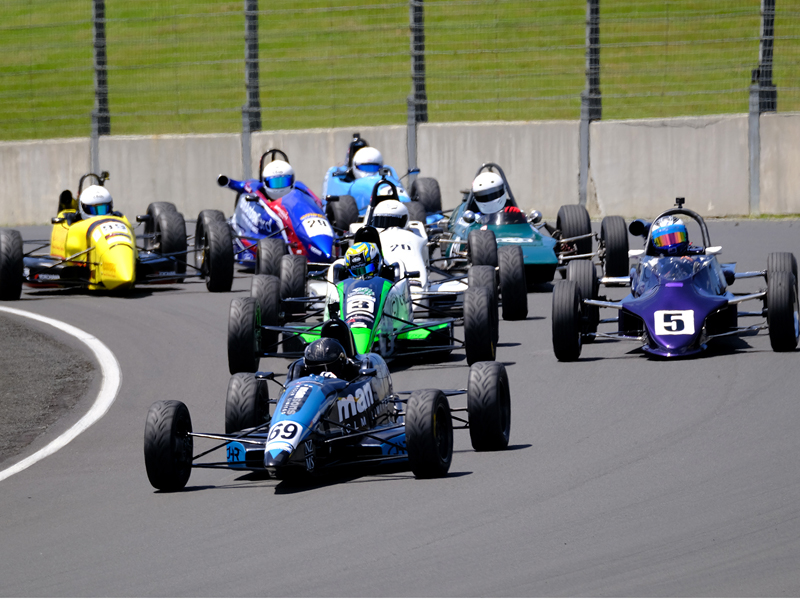 The 2022/23 Giltrap North Island Formula Ford Series (NIFF) gets underway this weekend in Feilding as part of the Manawatu Car Club 75th Anniversary Winter Series and has attracted several new rookies plus some top returning talent. It’s the first time for the revamped series at the Manfeild Circuit Chris Amon which hosts both the opening and final seventh round later in April 2023.

Making the move into the North Island is current NZ Formula Ford champion Alex Crosbie (Ray GR21) from Southland. Over the winter Crosbie signalled his intention to compete in more North Island rounds this season and is one of a number of drivers preparing for the second NIFF round next weekend in support of the Repco Supercars Championship round at Pukekohe Park Raceway in Auckland which has attracted a 30-car Formula Ford entry.

Crosbie will renew his battle with Liam Sceats (Van Diemen Stealth) who came close to winning both the national and North Island championships last season. Also returning is Hayden Bakkerus (Mygale SJ11) who led the series until the final round last season. Bakkerus went into the finale with a handy 117-point lead over nearest rival Bree Morris. However, at the end of the three-race event, both were tied on points with the title going Morris’ way on a count-back of race wins.

Sebastian Manson (Spectrum) and Leo Scott (Spectrum 05) return with previous experience of winning races, rounds or finishing on the podium and will provide some top competition as well as Mason Potter (Van Diemen Stealth) who is looking to step up to the podium this season.

Last season Judd Christiansen made an impression in his rookie year and moves up from a 91 Swift to the ex-Brendon Hartley Van Diemen Stealth.

Zach Blincoe (Mygale) and Blake Dowdall (Spectrum 015) made their Formula Ford debuts in the last round of the season earlier this year and now take on their first full series. Joining the rookie entries are NIFF Scholarship driver and current Formula First Champion Chris Symon plus Alex Grant in the ex-Tim Edgell championship winning 03 Van Diemen. All four have valuable experience in the Formula First category and particularly at Manfeild Circuit Chris Amon.

This season also sees the return of the $500 cash prize for fastest qualifier provided by the Hampton Downs NZ Racing Academy. The award is part of the increased $66,000 prize pool from the Tony Quinn Foundation with funding for travel and testing opportunities with TOYOTA GAZOO Racing NZ. Qualifying and the first 10-lap race take place on Saturday with another 10-lap and a 12-lap race on Sunday.

A key to the successfully running of this season is the support from the Historic Formula Ford Club with several members making the trip to the Manawatu round. The Giltrap Group North Island Formula Ford Series is also supported by Yokohama, the Tony Quinn Foundation and NAPA Auto Parts. 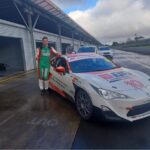 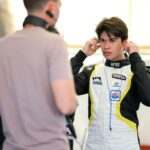