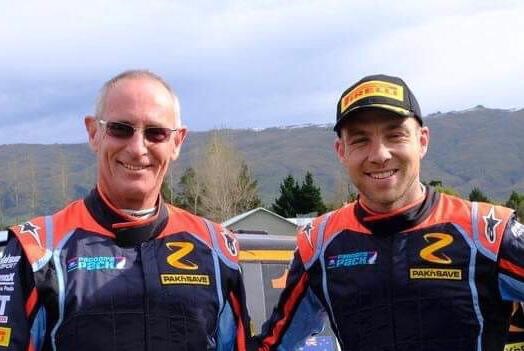 New Zealand rally star Hayden Paddon returns to the top level of world rallying with the announcement that he will drive the third M-Sport Fiesta WRC car at Rally Finland in August.

With John Kennard returning as his co-driver, Paddon is understandably delighted to have this opportunity to contest one of his favourite FIA World Rally Championship events, particularly as the deal comes with the full support of his long-term commercial partner, Hyundai New Zealand.

“Obviously I’m very excited to be back in the WRC,” says Paddon.

“It has been really hard sitting at home watching the WRC unfold this year, especially as I know we can deliver at a high level. After the Hyundai Motorsport news last week, we decided to make things happen as we are not going to achieve anything by sitting around.”

Paddon got talking with key stakeholders and put together the deal for the drive in Finland, an event he has contested every year since 2010.

“Firstly, huge thanks to the team at Hyundai New Zealand who continue to support me fully. For them to have allowed us to chase this opportunity – it speaks volumes of how much they support my career and aspirations. It is truly humbling. And thank you to everyone who has contributed financially to make this drive with M-Sport possible. Many of our existing shareholders in Hayden Paddon Rallysport Global (HPRG) have come back onboard to make this happen and in a very short space of time. It’s amazing!”

Hyundai New Zealand’s General Manager Andy Sinclair believes Paddon is a world-class driver who deserves to be on the WRC circuit.

“Despite the disappointment that Hayden has faced since the end of last year, he has remained positive and committed to his WRC dream. We have and always will stand behind him in his pursuit to drive in the WRC,” says Sinclair.

“Our relationship with Hayden is a strong one, and we have a lot of projects on the go with Hayden and the Paddon Rallysport team here in New Zealand. As soon as the opportunity arose to drive for M-Sport at Rally Finland, Hayden sought our opinion. Naturally we were thrilled for him that he was offered a WRC drive, and it went without saying that we’d support him.”

Sinclair adds: “Hayden is a Hyundai NZ driver and ambassador, and most importantly, he is representing New Zealand, which means more to us than what model of car he is driving. As a 100 per cent Kiwi-owned company, our decision to support a New Zealand sportsperson of Hayden’s calibre is easy. Hayden is, and will continue to be, a fine ambassador for the Hyundai brand in New Zealand. He’s a New Zealander competing on a global scale with international fame, yet has remained humble, grounded and rooted to his home country.

“Along with our nationwide dealer network, customers and motorsport fans around New Zealand and the world, we have watched Hayden develop and grow an incredible amount, and are immensely proud of him.”

Paddon appreciates the commitment and swift action of WRC team M-Sport. “My thanks also to the M-Sport team who have been able to put this deal together for us in a matter of days. I’m excited to be working with them – it seems we are all on the same page, even in these early stages, which is a fantastic place to be.”

Paddon will complete a one-day test with the team in the Fiesta WRC before the 1-4 August running of Rally Finland.

“We will be giving the rally 110 per cent. Obviously being out of WRC competition for eight months puts us a little on the back foot, but both John and I are confident we can hop in, prepare well and be near the front. A top five would be the minimum expectation from myself but as always, I will be pushing for more.

“The ultimate goal is to be back in the WRC more regularly in 2020. I’m in a good phase at the moment; I feel like from a personal perspective and in terms of driving ability, things are at a good level and I want to utilise those skills again at the highest levels of world competition. I still have a lot I know I can achieve in the WRC – we just need that opportunity.” 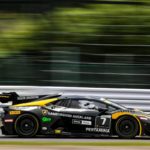 Fuji next stop for Leitch and Lamborghini 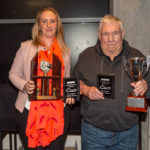